INE MultiMedia > About Us

MultiMedia Inc. is a non-profit organization. It is devoted to promoting and supporting non-profit organizations focused on South Asian community in the United States as well as in the South Asian sub-continent by working directly working with them and connecting them with each other as needed. We promote art, culture, education and empowerment through workshops, seminars and multimedia presentations and documentaries.

Our mission is to educate, empower, entertain and enrich the lives of people in our community.

ENRICH: Enrichment is an important mission of our company. It opens the doors of progress, helps in the growth of our community and makes life more rewarding. We look forward to bringing you stories, discussions and events that will enhance and enrich in your life in many different ways.

EDUCATE: We believe that education leads to freedom and empowerment. We organize a number of seminars and workshops to educate the community about financial well-being, health, fitness and happiness.

EMPOWER: We empower people through spreading knowledge, education and interviews with inspiring guests and speakers who inspire, encourage and teach us us to maximize our full potential.

ENTERTAIN: New England has emerged as home to vibrant Indian community, great artists, singers, musicians, writers and volunteers. Our mission is to showcase their creativity and talent and connect them with each other.

The seeds of INE MultiMedia were sown in 2012 when we began the celebrity interview series Chai with Manju with INDIA New England News. A year later came the South Asian Health Expo in 2013 and another mega health expo in 2014. In early 2014, we decided to create a non-profit entity to devote fully to our core mission of educating, empowering, enriching and entertaining. 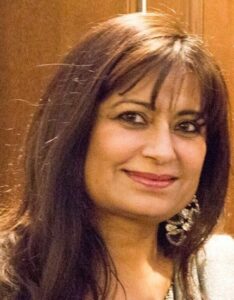 Dr. Manju Sheth, MD, is an internist focused on women’s health and works at Beth Israel Lahey Health. In 2013, she served as the president of the Indian Medical Association of New England.

Dr Sheth is also the Director and hostess of ‘Woman of the Year” that has honored 20 women in various fields every year for the past 17 years. She has received numerous awards for her community work and advocacy and was voted “Woman of the Year” in 2011, featured as a “Notable Bostonian” in the Boston Globe, and was voted in the “150 Women of Influence” by the YWCA Boston and amongst 50 most influential Indians in NE in 2012.

Dr. Sheth was the co-chair of Indian Women Physicians Forum. She has served on the Clinical advisory committee at Harvard Pilgrim Health Care and was appointed in February 2018 to the prestigious Patient Care Assessment Committee at Harvard Pilgrim Health Care. It helps ensure that the company provides its members with highest quality care and service. With INDIA New England News, she co-founded the New England Health Expo in 2013. It is the largest South Asian Health Expo in North America. She also produced a video series titled “Health Talk” to coincide with the event. Further, she has written a successful series for local media /Lokvani titled “Movers and Shakers in Medicine” which featured the well-known Indian American doctors in New England who have made a huge difference globally in world of medicine.

In addition to her medical career, she is passionate about women empowerment. In recent years, Dr. Sheth has led many fund raisers for local charities including Saheli, which provides support to South Asian domestic violence victims in the Boston area. She has also served on the fund-raising committee of Akshaya Patra/AP for many years & is the Community ambassador for AP in New England . Previously, she served as a member of the Board of Directors of the Asian Task Force Against Domestic Violence. In addition, Dr. Sheth was a trustee of the Indian American Forum for Political Education, which helps increase political awareness among South Asians.

Dr. Sheth is well-known across the South Asian community for her interview series “Chai with Manju”, where she interviews celebrities ranging from Deepak Chopra, Deb Goldberg, Shankar Mahadevan, and Guru Sri Sri Ravi Shankar,Elizabeth Warren ,Deb Goldberg to name a few . She is also the creator and host of very successful interview series ”Dreamcatchers” where she interviews people from local community who have achieved their dreams including American Idol finalist Sonica Veid and Dr. Anubha Sancheti, a winner of America’s Greatest Makers.

She is married to a physician Dipak Sheth and has a daughter Shaleen, a senior at Babson College. 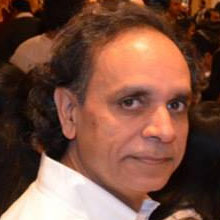 Mr. Mishra is co-founder and Vice President of INE MultiMedia. He is also the founder and managing partner of The Mishra Group. Prior to founding The Mishra Group, he worked as a business reporter for the Boston Business Journal. He also served as bureau chief and division editor at the United Press International (UPI) for Mexico, Central America and the Caribbean region. Prior to joining UPI, Mr. Mishra was a business reporter for The News, an English-language daily in Mexico City, Mexico. 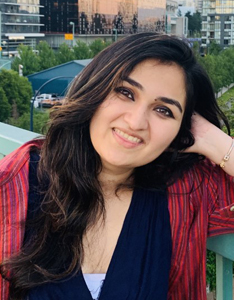 Sheth is a recent graduate of Babson College, where she studied in Business Management and Finance. Her background is primarily in analytics, finance, and marketing. She previously worked as a digital intern for Babson College Marketing, a summer analyst for Merrill Lynch, and an Account Management intern for digital marketing firm Eric Mower & Associates. She has also worked on media strategy for several Boston-area nonprofits. She is passionate about content creation and business analytics, and believes that the use of both creative and analytical marketing techniques are essential to effectively marketing nonprofits.

Your ticket for the: About Us